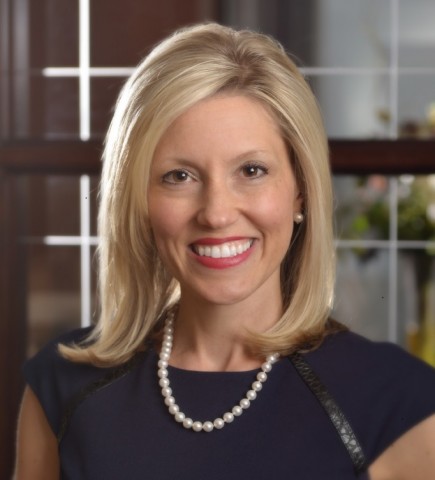 Amberley G. Hammer is the founder of Amberley Hammer Law P.C. Mrs. Hammer is a trial attorney committed to helping the injured. She focuses her practice on medical negligence, birth injury and personal injury. She was recognized by the National Trial Lawyers Association as a Top 40 lawyer under 40. She is currently recognized by the National Trial Lawyers as one of Virginia’s Top 100 Trial Lawyers. She is listed by Best Lawyers in America in the fields of Personal Injury and Medical Malpractice. In addition, Super Lawyers Magazine has listed her as a Top Virginia Lawyer in the field of Medical Malpractice. Mrs. Hammer has obtained successful verdicts and confidential settlements for infants, children and adults who have been injured by medical negligence, defective products and automobile accidents. Her success has earned her a membership in the Million Dollar Advocates Forum, a forum for trial lawyers who have earned verdicts in excess of one million dollars.

Mrs. Hammer has a passion for representing babies and children. She has a special interest in representing babies who have suffered a brain injury during or after birth. She is one of the few lawyers in Virginia committed to helping the families of infants born with neurological injuries or cerebral palsy seek assistance from the Virginia Birth Injury Program for financial support, which provides nursing, medical and rehabilitative care as well as assistance with day-to-day necessities. In addition, Mrs. Hammer seeks justice for parents who have experienced the death of a child in utero, during birth or after birth. Mrs. Hammer believes no injury should go unrecognized that is the result of negligence. Children are precious and vulnerable – they must be given a voice.

As a native to Virginia, Mrs. Hammer has spent much of her life in the Tidewater area. In 1995, she earned her B.A. in English, cum laude, from Old Dominion University in Norfolk, Virginia. She earned her law degree from Syracuse University College of Law in 1998 graduating with Honors. After graduating law school, she was selected to serve as a federal law clerk in the U.S. Bankruptcy Court from 1998 to 1999. She was admitted to the Virginia Bar in 1998. Early in her career, she served as the Chair of the Young Lawyers Section for the Norfolk-Portsmouth Bar Association. In addition to practicing in state courts throughout Virginia, Mrs. Hammer is admitted to practice law in the U.S. Supreme Court, U.S. Court of Appeals, 4th Circuit and the U.S. District Court, Eastern and Western Districts of Virginia. In 2014, Mrs. Hammer was admitted to the North Carolina State Bar where she focuses her practice on cases involving birth injuries. She has served on several committees for the Virginia Trial Lawyers Association. Mrs. Hammer is an active participant in fighting legislation that affects the rights of brain injured babies and children. She served as a Guest Faculty for the Marshall-Wythe School of Law, College of William & Mary. Mrs. Hammer has worked on several community projects throughout her career, which include the receipt of a Commendation of Distinction Certificate by the Norfolk School Board for assisting middle school students in the Mock Trial Program. In addition, Mrs. Hammer is an advocate and participant of the Adopt-A-Student Program.

This was an industrial crane accident involving catastrophic injuries … END_OF_DOCUMENT_TOKEN_TO_BE_REPLACED

Plaintiff suffered a stillbirth due to negligence. … END_OF_DOCUMENT_TOKEN_TO_BE_REPLACED